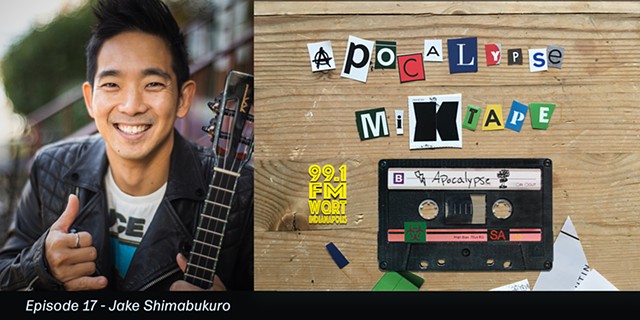 In this episode, Phillip welcomes ukulele virtuoso Jake Shimabukuro to the show. Renowned for his ukulele renditions of rock-n-roll classics like the Beatles' "While My Guitar Gently Weeps," and Queen's "Bohemian Rhapsody," Jake has released more than 25 albums to date, including Peace Love Ukulele, which topped Billboard's World Music Charts. He has performed live on such shows as Late Night with Conan O'Brien, the Today Show, and Prairie Home Companion, and composed the soundtrack to multiple feature films. In addition to his band, Jake Shimabukuro Trio, he has collaborated with such beloved musicians as Allan Parsons, Jimmy Buffett, Béla Fleck, Ziggy Marley, Cyndi Lauper, Keali'i Reichel, Yo-Yo Ma, and fellow Hawai'i native Bette Midler. Jake is the founder of the non-profit Four Strings Foundation, which provides musical instruments and materials for music teachers worldwide. He is featured in the award winning documentary Jake Shimabukuro: Life on Four Strings, and can be found at jakeshimabukuro.com, or on his official YouTube channel .