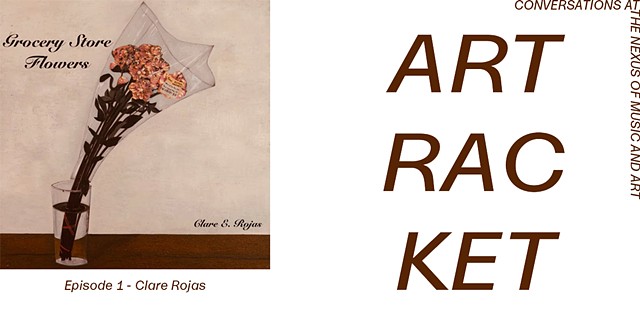 My collaborator in conversation in this episode is multimedia artist and musician Clare Rojas. Clare’s paintings, sculptures, and installations have been the subject of gallery and museum exhibitions all over the world. Frequently, at the openings of those exhibitions, Clare performs original country music under the stage name Peggy Honeywell. Over the years, she has released four albums under this nom-de-plume. This month, she released her fifth album, and the first under her real name. The album is called Grocery Store Flowers.